How Rotary is alleviating the effects of isolation during COVID-19

Throughout the pandemic, members are discovering ways to connect, cope, and care for each other and people in the communities they serve.

Social distancing, self-quarantines, and lockdowns, all of which have been necessary to reduce the spread of COVID-19, help keep us safe but also isolate us, creating feelings of loneliness and anxiety.

Rotary clubs are rising to the challenge to mitigate these negative effects, both in their clubs and beyond. Along the way, members are discovering new ways to serve.

The science of connection

Physical isolation, compounded by the stress of the health crisis and its disruption to daily life, is having a psychological impact. The Lancet, a leading medical journal, published a review of previous studies that found a high incidence of irritability, depression, and emotional exhaustion among people in quarantine. Another recent study that focused on China in early 2020 found that anxiety increased during quarantines, especially among the elderly, who are more likely to live alone.

Why do we suffer psychologically when we’re isolated physically? For Sylvia Whitlock, a semi-retired marriage and family therapist and member of the Rotary Club of Claremont, California, USA, the answer is simple: “Isolation is a stress-producing state, as one of our human needs is for connections.”

Isolation is a stress-producing state, as one of our human needs is for connections.

The ability to connect is inherent in us, says Mary Berge, a clinical psychologist and member of the Rotary Club of Johnstown, Pennsylvania, USA. “Oxytocin, released when you hug someone, is also released through bonding socially,” she says. As oxytocin is released, these social bonds are strengthened.

Those feel-good chemicals — also produced through acts of altruism — don’t necessarily stop flowing, even in isolation, says Berge, who regularly does smiling exercises with her anxious or stressed clients. These exercises can produce results just like genuine smiles do.

“Science tells us your brain really does not know if it is faked, forced, or real,” says Berge. “It just feels those muscles and says, ‘She’s smiling!’ and releases mostly dopamine.”

Science tells us your brain really does not know if it is faked, forced, or real.

The very pandemic that has separated us from each other may also be teaching us how to become closer. Whitlock is convinced that online club meetings counter the negative effects of isolation. These virtual get-togethers let us see friendly faces and check on each other.

When leaders of the Rotary Club of Roma Polis, Italy, talked to their club members during the early days of the pandemic, they saw a lot of sadness and anxiety, Niccoló Di Raimondo says. During its first online meeting during lockdown, member Valentina Silvestre, a psychologist, offered self-care tips for coping during the pandemic, such as planning to how to use one’s time well, enjoying simple pleasures like reading and music, and staying physically active.

“The advice was to live the lockdown experience as a moment of personal reflection, an opportunity to give importance to sharing moments with family members,” Di Raimondo says.

Whitlock says that reframing how we think about physical isolation can reduce anxiety. “Know that you are not alone. Distanced, maybe, but not isolated,” she says.

The pandemic has disrupted the lives of young people, too. Many Rotary Youth Exchange students who were supposed to be exploring new cultures found themselves homebound in 2020. And when schools closed because of the pandemic, Interact clubs couldn’t meet as usual.

Venezuelan Rotary Youth Exchange student Anniela Carracedo saw an opportunity to help. She founded Rotary Interactive Quarantine, a website that connects Rotary youth around the world so they can share project ideas and provide emotional support to each other. In partnership with District 6840 in the United States, the site hosts meetings that have helped more than 500 Rotary youths from 55 countries forge new friendships.

Samantha Walley, one of the site’s advisers and a member of the Rotary Club of Bay St. Louis, Mississippi, USA, says that what began as a short-term project to keep Interactors and Rotary Youth Exchange students engaged in service and reduce social isolation has been so successful that they plan to continue the site even after the pandemic ends.

“[It’s] grown into an international platform for Rotary youth to work together to coordinate global service projects and peace initiatives,” Walley says.

We helped people, mostly elderly, to buy food and other supplies or just to be available for conversation.

‘We just wanted to talk’

Members have also found opportunities to build relationships beyond their clubs by supporting lonely and isolated people in the communities they serve, particularly the vulnerable elderly population.

“We helped people, mostly elderly, to buy food and other supplies or just to be available for conversation,” says Margit Svenson of the Rotary Club of Djursholm, Sweden. To stay safe, older members called isolated people to talk, while members under age 65 purchased food and supplies. It was a simple project that left many inspired.

“Not only was the response of the people in isolation incredibly positive to what our Rotary club did, but also the municipality of Danderyd, several other organizations, and the local newspapers paid attention and praised our project,” Svenson says. The local Red Cross and the Church of Danderyd followed Rotary’s early example by launching related initiatives, she adds.

Clubs throughout Spain, which was severely affected in the early days of the pandemic, also undertook delivery projects that were coordinated by Districts 2202 and 2203. When volunteers made deliveries, they found that people were craving human interaction just as much as fresh bread from the bakery.

“Loneliness was one of the illnesses during this pandemic,” says Marian Domenech from the Rotary E-Club of Distrito 2202. “Even when we asked them if they wanted help from a psychologist, they responded, ‘No, we just wanted to talk.’”

That was a desire shared by many of the 141 members and their friends who volunteered. “There were Rotarians who were in the same situation, volunteers who joined the project and were trained,” Domenech says. “They most understood since they knew about the feelings, fears, and loneliness.”

Domenech says the project, which is suspended for now but will be revived if needed, was planned remotely, from printing posters to promoting the project in the community to chatting over the phone with the beneficiaries. “The 351 elderly people who called us got to know Rotary a bit, with many of them asking us who we were and what we did,” Domenech says. “And they thanked us from the bottom of their hearts.”

Center of the pandemic

For weeks, northern Italy was the center of the pandemic. In Milan, the Rotary Club of Milano Europa helped some of the most isolated of all — hospitalized COVID-19 patients, many terminally ill. Through the Rotary Connette (Rotary Connects) project, clubs purchased 136 tablets and distributed them to 18 hospitals and nursing homes, which allowed more than 1,500 patients to see and talk to loved ones who couldn’t visit. As part of the project, classical musicians also gave virtual concerts that soothed the patients.

Whitlock, the therapist from the Rotary Club of Claremont, says that discovering how we can help others during the pandemic, in our clubs and in our communities, is part of the joy of Rotary.

“We have opportunities to care for others, maybe in different ways than we did before,” she says. “Reaching out beyond ourselves to protect and care has many returns.”

Join us to create lasting change in your community

Read more about how Rotary clubs are responding to COVID-19

Why being kind is as important as ever

3D printers to the rescue 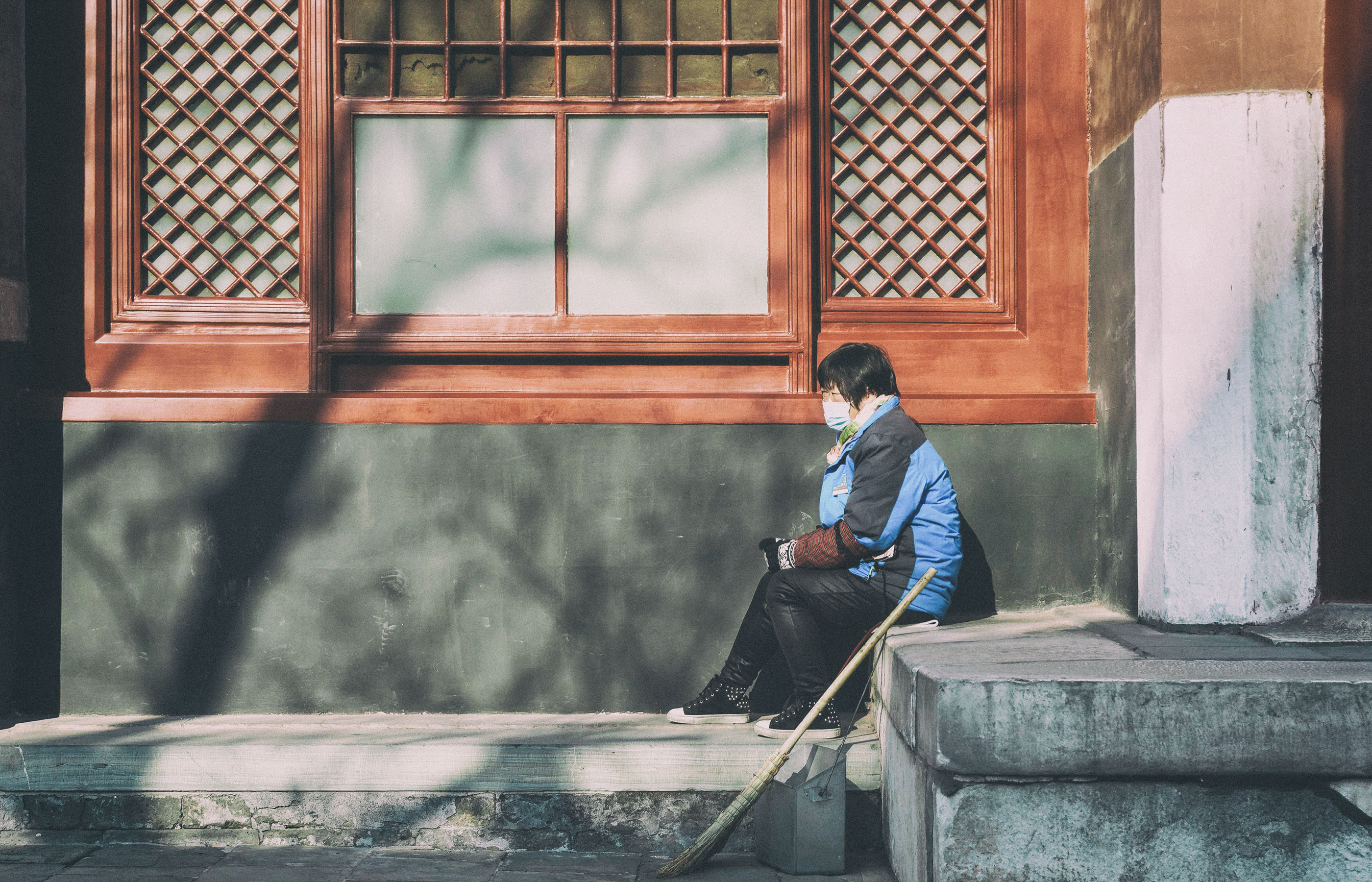